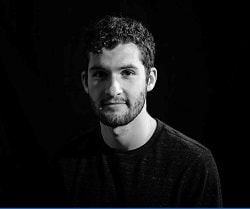 With a 4-piece Musical Backup Band consisting of some of the Bay Area’s finest musicians headed by Musical Director Evan Alparone at piano
​
About Josh Groban
JOSH GROBAN is a Grammy Award-nominated and 2-Time Billboard Award-winning Artist who Stands out as the only artist who has had two albums appear on the Top 20 Best-Selling Albums list of the past decade. His first four solo albums have been certified multi-platinum, and he was charted in 2007 as the number-one best selling artist in the United States, with over 22 million records sold. He has starred on Broadway, television and in concerts worldwide. His recordings and performances include appearances with such megastars as   Andrea Bocelli, Barbra Streisand, and Sarah McLachlan. Groban remains an active arts Education philanthropist and advocate and his Find Your Light Foundation helps enrich the lives of young people through arts, education, and cultural awareness.

About Nick Crossen
Nick began singing when he was only 11 years old, performing in showcases and local musical theatre productions throughout the San Francisco Bay Area. At the ripe age of 15 years old he got his first taste of Hollywood when he was voted into the Top 100 Boys category of TV’s AMERICAN IDOL, Season 12. Since then he has performed in special events including Guest Appearances with 2-Time Grammy Award winner MADS TOLLING and fellow American Idol alum and star of Broadway’s Movin’ Out, KYLE MARTIN, as well as in musical revues including The World of Webber and, most recently, the hit presentation of On Broadway.  NICK steps into the spotlight in his first one-man concert with this extraordinary evening of music and song, bringing his personal take to the repertoire of one of today’s most respected performing artists. Nick interprets the drama and emotion that Josh Groban introduced in these classic hits to tell his own stories with his own voice which become our stories as well. The result promises to be a musical experience to share and remember, from the talent and heart of an upcoming young Artist who has arrived…but is only beginning his journey.